Tanzania, Ethiopia and Mozambique ratified the UN Convention on the Rights of the Child in the early 1990s. To mark its 30th anniversary, activities focussing on this issue took place in each of these countries.

An awareness campaign about child rights was carried out in Mozambique. Children painted pictures on the walls of their schools that illustrated child rights in an artistic way. They depicted children playing and reading, for example, who were intended to be messengers for children, teachers and parents. The campaign was supplemented by 500 school calenders. «These calenders explain child rights in a simple way,» reports Adriana Lins, the Country Representative for Mozambique. They would allow children to understand their rights better.

In Tanzania, the aim was to familiarise adults with child rights as well. One project organised five village meetings to this end, in which 560 community members took part. «Particular emphasis was placed in these meetings on underlining the importance of education,» explains Minja Serapia, Country Representative for Tanzania. Children and teachers received separate lessons on the subject of child protection. 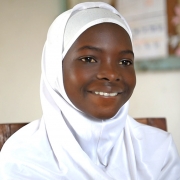 «The Child Rights Club gives us the opportunity to make parents aware of the importance of education.»

After nine successful years, the «High Quality School Books for Children» project was officially handed over to the government and school communities and the Foundation’s involvement in it wound up. The libraries of the 45 project schools formed a key element of this education project run by the Pestalozzi Children’s Foundation in the Kongwa and Chalinze districts. It gave numerous children access to books in their native Swahili and thereby secured their right to education.

5509 children benefited from better teaching as their teachers had received advanced training.

4659 parents took part in educational workshops about child rights or on the value of education.

Our projects reached 39 575 children and youths.

1271 teachers were trained in how better to integrate pupils and how they could develop their own learning materials.

The workshops on the importance of education reached 4242 members of local communities.

Other articles by Veronica Gmünder