The climate movement is symbolic of a youth that knows its rights and is standing up for them. Many of the projects in the Children’s Village focus on exactly that: participants unlock their potential and find something that they want to take a stand for – both for themselves and for society as a whole.

In the portfolio of the Swiss arm of the Pestalozzi Children’s Foundation, the projects that focus most strongly on political education would have to be the National Children’s Conference, the Summer Camp and the European Youth Forum Trogen (EYFT). Classical teaching about democracy is also a regular topic in our intercultural exchange projects and radio projects. If programmes were broadcast directly from schoolyard, like what is done with the roaming radio vans, this would connect with the everyday reality of children and youths, says Damian Zimmerman, Director of Programme Switzerland. «Then it would really focus on what is on the pupils’ minds and how they can take action.»

Examples of taking a stand

In 2019 the spirit of this self-assured and engaged youth often blew through the Children’s Village. One such example was when 140 youngsters from nine countries discussed the future of Europe at the EYFT, sketched out various scenarios for living together in peace and developed concrete action plans. Anybody who visited the Summer Festival in August is bound to remember the youngsters from Bosnia-Herzegovina, the Ukraine and Switzerland who drew attention to child rights with brightly coloured posters and chanted their demands at the top of their voices. A total of 80 children and youths organised the «Kinder haben Recht» (Children Have Rights) special project week and learned more about the topic through various forms of artistic expression such as dancing, singing and painting.

The «Digiweek» appeared on the programme for the first time in October. In the eyes of Damian Zimmerman, it was a successful attempt to combine the challenges of digitisation with teaching in the Children’s Village. 48 children made predictions about the future in this laboratory, familiarised themselves with robotic assistance systems, built dancing robots and addressed ethical questions such as «what should robots be able to do?» and «what defines me as a human?».

The National Child Conference in mid November also threw up a lot of questions that the 60 participants from German-speaking Switzerland addressed. What can we do to combat child labour? What challenges does social media present with regard to child rights? The event produced new concrete demands for the Parliament in Bern.

On the subject of Bern, on 20th November it turned from the Federal Capital into the Child Rights Capital. The 30th anniversary of the UN Convention on the Rights of the Child needed a fitting celebration. 50 school groups with a total of more than 1000 children and youths enriched the event, which began with a circuit through the Old City of Bern and finished on the Bundesplatz. «I find it absolutely fascinating that so many young people have so much power,» Damian Zimmerman enthuses. 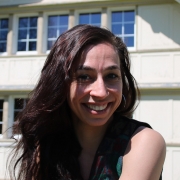 «I am surprised time and again at how much headstrong, colourful and fun-loving creativity stems from our youngsters.»

They have the right

«You can’t beat lessons into children, but you can certainly tease a lot out of them.» This nuanced observation by the world-renowned children’s author Astrid Lindgren also covers an important aspect of the way that the Pestalozzi Children’s Foundation works: learning by experience. When children and youths are given a safe space in which to tackle subjects by themselves and with their surroundings, they are also given the room to grow. Child rights are the tools that allow them to lead a self-determined life. In 2019, the UN Convention on the Rights of the Child celebrated its 30th anniversary. This was ample reason to integrate child rights as the motto of the year into the Foundation’s project work. Whether in the «Kinder haben Recht» (Children Have Rights) project, at the National Children’s Conference, at the child rights celebration in Bern or any of the other projects at the Children’s Village, the children’s curiosity to learn about their own rights and to determine how they are exercised is unwavering.

Other articles by Christian Possa